It is no secret that mobile app users are increasing significantly over the past few years. Mobile app revenue generation is also increasing at a rapid pace. The global revenue generation from mobile apps was 69.7 billion USD in 2015 which is expected to grow up to 188.9 billion USD by 2020. Well, it is pretty clear that app developers are making quite a fortune from their apps. But, how can one start earning money from app in 2018? Let’s check out the secret. 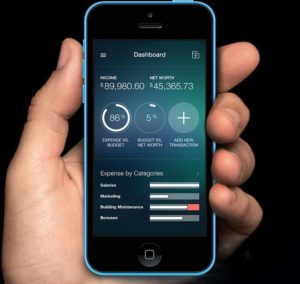 How to start earning money from app in 2018?

There are numerous ways to start earning money from app in 2018. Let’s check out the revenue sources first.

There are multiple means to generate revenue. One needs to identify the best way ahead.

Which platform is best for earning money from app in 2018?

App developers need to decide on the platform before proceeding with app development. This is critical to ensure high revenue generation. Apple’s iTunes has over 25% of its developers earning more than $5000 per month from the apps. In case of Android Play Store, the figure is at 16%. Even though the figures are close, in iTunes the income is much more distributed among the various apps present in the store. While in Play Store the most popular apps are mostly the top-grossing ones.

It is not too difficult to make a high grossing app. Here are a few points to consider –

Earning money from app in 2018 isn’t too difficult if you know what you are doing.

Why are Decision Tools Important

Here are some mind-blowing facts about YouTube. YouTube has a whopping 1.3 billion users. Every minute 300 hours of video are uploaded to YouTube. Over 5 billion videos are accessed daily by more than 30 million unique visitors. But, how can it help you earn money from YouTube? We reveal the secret! A guide […]